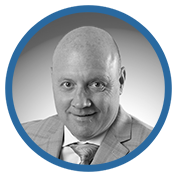 Andrew Nelson is an Instructor of English at the University of Arkansas, Monticello. He earned his Bachelor of Liberal Studies in 2008 from the University of Missouri, St. Louis, and he earned his Masters of Arts in English from the University of Missouri, St Louis in 2009. Nelson publishes in the area of rhetoric, film, and composition studies. He has taught at five different colleges and universities, and he specializes in the teaching of freshman writing. Nelson’s teaching philosophy can be summed up in one, succinct phrase: students come first.